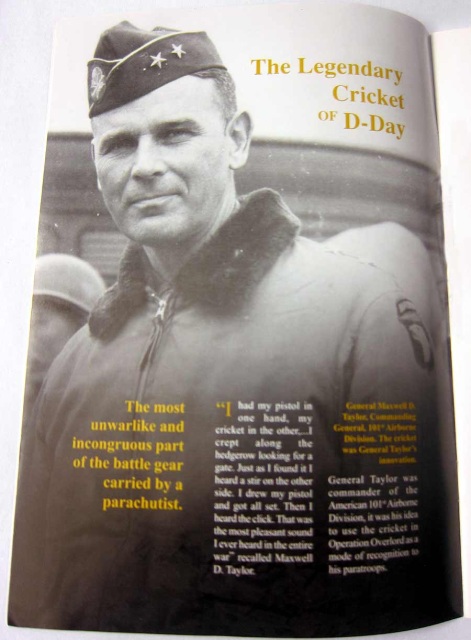 Since the end of WWII, stories and legends about the Airborne cricket's use have grown and flowered. Many untruths were proposed by various media and other sources leading not only to deformation of history but also to an erroneous presentation of one of the most un-warlike and incongruous items of "battle gear" carried by the American parachutist !

This booklet, with many pictures, based on historical facts, interviews of key personalities related to the introduction of the cricket within the airborne units, and vintage documents tries to dismiss the generally accepted ideas and report the true history of the legendary cricket of D-Day. Who initiated it all, where were the crickets produced, and who produced them? What type was official issue and which units used them? For the first time, these questions have now been answered.

This book is limited edition having been signed by the Author - we have a limited supply of these!